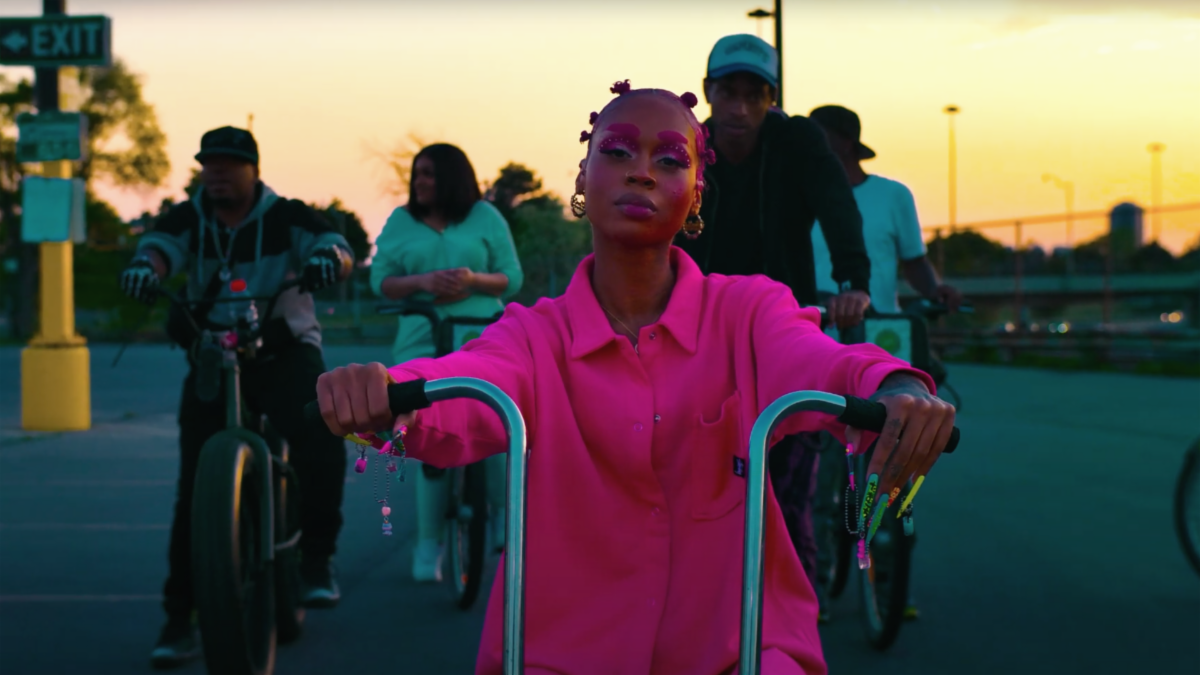 “Ebhoni has been one artist to keep an eye out for in the 6ix...”

Toronto R&B star Ebhoni returns today with an edgy, enthralling video for her dreamy single “Rotation.” The cut comes from her July project Good Dick & Weed, and finds Ebhoni over a woozy instrumental, singing an ode to taking control of your love life and keeping your options open. The video echoes that carefree spirit, featuring the artist riding a bike and flexing amidst a crowd of friends and dancers on a summer afternoon. Watch the video for “Rotation” HERE.

In the visual, Ebhoni flaunts a new look that showcases her badass side. With long, colorful nails and blown-out vintage film fuzz, Ebhoni looks like an icon from pop’s past transported to the modern day. Armed with a fun-loving crew, a few low-riding bicycles, a neon pink chore jacket, and matching eyeshadow, Ebhoni radiates a cool that feels entirely her own.

The new video arrives amid a hot streak for the singer/songwriter. In May, Ebhonireleased the unfiltered, melancholic “Rep It,” the single that kicked off the Good Dick & Weed era. That stunning drop wasn’t even her first of 2021, however. Good Dick & Weed followed February’s "X" EP, which garnered considerable critical acclaim. In addition to Pitchfork plugging the release, HotNewHipHop wrote, “Ebhoni has been one artist to keep an eye out for in the 6ix,” and The Root wrote that her music “makes you feel like you’ve been sipping on a fancy cocktail for the last few hours.” It’s no wonder FLAUNT crowned her “Our favorite new R&B artist.”

Over the last few years, Ebhoni’s string of animated R&B singles has won both commercial and critical success. In the middle of a productive 2019, Pitchfork wrote that she is “reclaiming the Toronto R&B crown for women.” Throughout her career, Ebhoni has made a point to partner with Black-owned businesses, support other women artists and workers, and to uplift the local LGBTQ+ community, which she’s done through efforts like hosting Pride Toronto. Visuals like “Rotation” only bolster the rep she’s built as one of R&B’s most magnetic young stars.