Carter, a former Epic Records artist and independent promotions guru who worked on projects for Uptown, Ruffhouse Records, BMG and Tommy Boy, says the new partnership provides Que Global Entertainment with the support necessary to flourish. “I wanted to be with a company where it would be reminiscent of the Uptown Days or when Bad Boy first partnered with Arista or when Def Jam was picked up by Polygram,” he says. “The focus was on that label and because the focus was on that label, the distributor or the parent company put all their resources behind ensuring that the label was successful and all of its endeavors and that’s what I have with BMG. That’s why I picked them over the other labels that had made offers to me.”

Brooklyn rapper Lil Haiti, who surpassed 3 million streams on Spotify last year and has 350,000 Instagram followers, will be the first artist released under the new deal. The Haiti native managed by Christine Perez-Wood of Perez Entertainment LLC, has been building momentum since his 2015 debut with non stop singles (“Panicking,” “Hit the Wave,” “Bounce,” “Air Force 1”), albums and EPs. Carter believes Lil Haiti will be one of New York’s next big hip hop acts. “He has an incredible following, not just in the United States but abroad,” he says. “In the Haitian community, they really support him. He is consistent. All of the songs he’s put out on his own have consistently built up and he’s built up a significant fan base that religiously supports his music. Also, we looked at how the records were performing and they are doing great even though they had no real push or support behind them. So there’s still a long way to go for a lot of the records. It’s exciting to say Let’s get behind an artist who already created a foundation and now we’re just going to come in and get the machine behind that foundation in order to turn it into a much more flourishing business.” 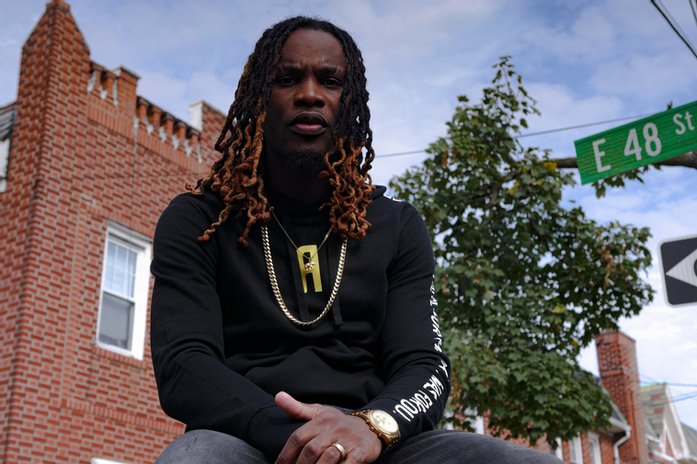 Launching the partnership during the global COVID-19 pandemic offers Que Global Entertainment the opportunity to explore creative ways to promote its roster. “Because artists can’t tour, we have to find other ways to reach out to the music fans,” Carter says. “Obviously, social media is the most logical place to be able to find and identify our core audience. We’re going to be doing a whole lot of creative things from a visual standpoint in order to be able to take advantage of all of the social media platforms so that we can build a good intimate relationship with our fans.”

Aside from thriving amid the pandemic, Carter is hopeful that the nation will heal from the social injustice and longtime police killings of George Floyd and other African Americans that resulted in global protests and civil unrest. “The only way the American dream will be truly realized is if freedom and equality is available to everyone,” he says. “Not for Black Americans or white Americans but Americans. As long as we continue on a path of dissecting ourselves into various groups of people instead of being one people, we are never going to realize that American dream.”

The protests, though devastating, were necessary agents to spark change, Carter says. “While I don’t agree with the rioting because it decimates our own communities and our own neighborhoods, I know that this was a necessary act in order to show the world that the things that the Black community had been complaining about for almost a hundred years are real,” he says. “No one wanted to believe that this was happening to us. Now that this has been exposed and more is coming to light because of our social media abilities and access, it’s helping make the point that something needs to change.” 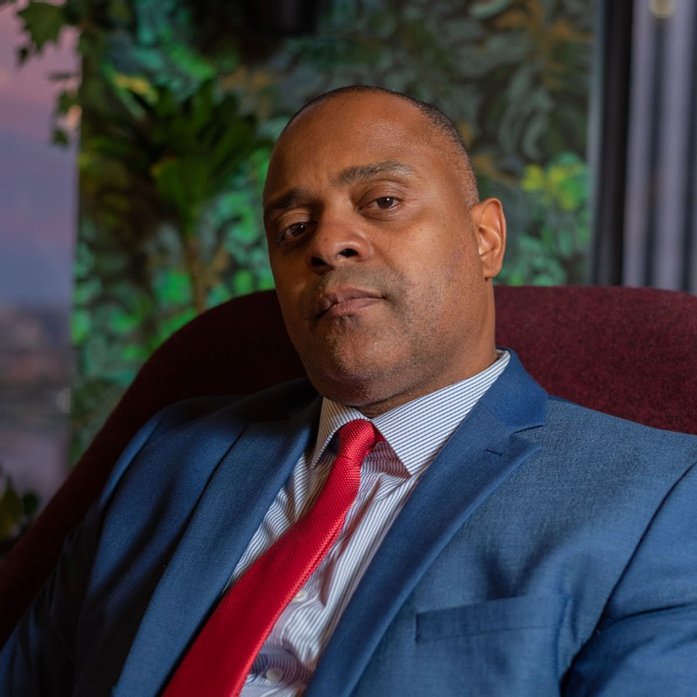 William “Quayshaun” Carter’s career spans 30 years in the music business as both a recording artist and independent music executive who has helped generate over 100 million dollars in revenue for companies including Uptown Records, Ruffhouse Records, BMG and Tommy Boy Records. He was additionally signed to Epic Records as a hip hop artist.

Carter toured with Jodeci, Father MC, Mary J. Blige, Boyz II Men, Big Daddy Kane and Eric B & Rakim. Under the guidance of his managers Top Ten Entertainment’s Daren Chandler, Jimmy Maynes and Jimmy Jenkins, Carter took an interest in music business before assisting Jenkins with promotions projects for Uptown Records. Through his various roles, he has worked with some of the greatest artists in music history including Notorious B.I.G.,The Fugees and Red Hot Chili Peppers. He co-founded entertainment consulting firm Sleeping Giant Music Group and Hood Management, LLC that represented The Ying Yang Twins, Nappy Roots and Petey Pablo, among others. He has additionally formed label partnerships with EMI Label Services and Sony/Red Distribution.