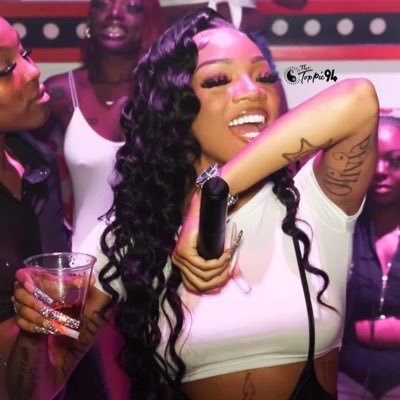 Today, GloRilla’s breakout single “FNF (Let’s Go)” with HitKidd reached No. 1 at U.S. Urban Radio, marking the latest milestone in a year full of memorable and life-changing accomplishments for the Memphis hip-hop artist.

The success of “FNF (Let’s Go)” has quickly taken the music industry by storm, sparking the viral #FNFChallenge on TikTok, generating over 32 million views (and counting) on YouTube and resulting in GloRilla’s acclaimed debut on the Billboard Hot 100.

It ultimately paved the way for GloRilla to sign to Yo Gotti’s esteemed CMG record label in partnership with Interscope Records. Since then, she has continued to maintain her momentum, releasing her new single “Tomorrow,” that appeared on CMG’s dynamic compilation album, “Gangsta Art.” Additionally, she is also riding the steady rise of her collaboration with Duke Deuce for “Just Say That.”

GloRilla will also have her own standout set to perform those songs – and additional cuts from her discography – at Made in America 2022 in Philadelphia during Labor Day weekend. She also recently appeared at Rolling Loud Miami and Wireless Festival in the UK.

The latter festival appearance immediately boosted the rising star’s visibility in the UK as “FNF (Let’s Go)” was added to the BBC 1 Xtra A List shortly after her performance. GloRilla’s fast ascension has garnered widespread support across the hip-hop community, receiving co-signs from the likes of Travis Scott, Cardi B, Saweetie, Latto and many more.

She was recently named Billboard’s July 2022 Chartbreaker, where she detailed the backstory behind the creation of “FNF (Let’s Go).”