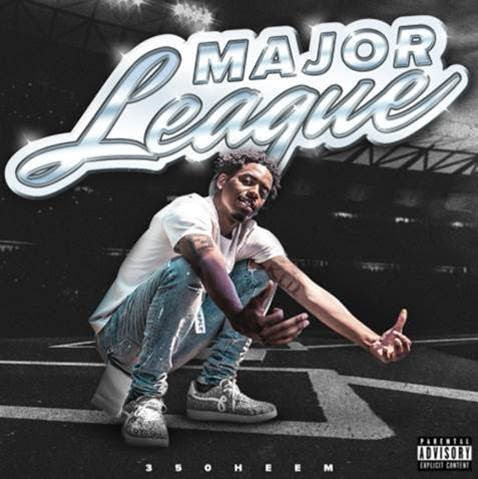 December 3, 2021 — (Hollywood, CA) — Today, Florida rapper 350Heem releases his energetic, highly anticipated new EP, Major League via Motown Records. Over the past few months, Heem has been teasing the project with electric singles like “Scat Day” featuring NoCap and his major label debut, “Tomorrow,” which have further demonstrated his charisma and magnetism to the world. Listen to Major League here. 350Heem also drops the new video for "Chess". Watch it here.

At the center of the EP is “448,” an undeniable anthem for the trap game. Over a bouncing beat filled with synth stabs and 808s, he raps about the hustle of the game. And yet, despite his globetrotting tour dates, the rapper makes it clear the fame hasn’t changed him—he’s still the same Heem who grew up in Polk County.

With Major League finally out in the world, Heem is fulfilling his mission to put his hometown on the map. “Where we come from, I didn’t see a lot of people rap,” he says. “I didn’t see the city support a lot of people, and there wasn’t much light shed on our city either. That shit had me thinking it just wasn’t possible. I want everyone to know it is.” On Major League, and standout cuts like “448,” 350Heem proves that a young kid can make it out of Lakeland, FL, or any of the places around the world just like it—as long as they hustle like there’s no tomorrow.

When 350Heem opens his mouth, melodies spill out like he’s exhaling. The rising rapper from Lakeland, Florida, has broken through thanks to the unstoppable talent powering the stream of street anthems he’s issued over the past few years. But just because his songs sound effortless doesn’t mean he hasn’t hustled — his relentless work ethic is fueled by a hunger to be the first from his area to touch the whole world. With singles like “Built 4 This” (which took off on TikTok) and “F**k a Friend,” Heem built a loyal audience thanks to his mellifluous flow, party-starting bars, and ability to conjure hooks out of thin air. But with recent singles like “Tomorrow” and his forthcoming mixtape Major League, Heem reveals a deeper side to his music without sacrificing any of the joy of his earlier cuts. For a long time, Heem never thought this sort of success was possible. At every turn, he was told people from Lakeland don’t make it out, and certainly not as rappers. But his friends eventually pushed him so hard that he couldn’t ignore his own talent. That purity of purpose is felt in the string of infectious projects he’s released the last few years — they float with the passion of a young artist discovering his gift. This journey is why his music feels so rich. And despite the hurdles he’s faced, he’s determined to see his music through, to prove that not only 350Heem, but kids from Lakeland, can become household names.